You are here: Home / Talisman / The Origination of the Spirit Animal 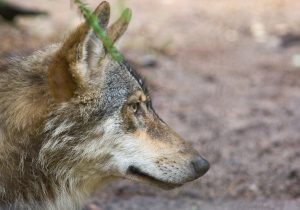 The bear man came to my dreams, and he showed me a pathway to great spirit. He called my name from the bear cave as smoke rose from his eternal fire. I could hear his ancient song coming from the trees and the mountains. He is my grandfather, and his grandfather. He is time itself. The bear man comes to teach us and show us the way.

Bear medicine teaches us introspection. Showing us how to go into the bear cave (pineal gland) and hear the inner voice of wise perception. Where does this teaching originate and why?

What is a Spirit Animal?

The idea of an animal having a spirit is called “animism”. This is widely popular in many cultures and belief systems. Cultures have given amazingly similar attributes to animals. Bison, steer, Bear, lion, eagle and stag are amongst the highest and most revered.

Many cultures turned animals into protective spirits, guardians, messengers and even gods. For example, Egyptian deities are depicted with the heads of animals such as falcon, sphinx, dog, ibis, even crocodile! Similarly, the Hindus have a monkey headed god named Hanuman. Also, they believe cows are sacred and they honor the elephant headed god, Ganesha.  Buddhists believe that animals are sentient beings with a soul and that all animals and humans are reincarnated.

Northern Europeans also had a strong connection to animals and believed they were messengers of the spirit world. Therefore, the Druids and Scandinavians took omens and signs from the animal kingdom.

Native American Indians have treated the animal spirit kingdom with such vast importance as being paramount. Animal medicine is a concept created by Native Americans that believes every animal is of vital importance. Thus, each has a specific function, spiritual purpose and “medicine” to teach us.

Different animals come to different people and each person’s spirit animal is very personal. There are various rituals designed to find our animal guides. These include dream work, meditation ceremonies, fasting, being buried, exposure to nature and elements. Sometimes a person would have to leave the clan for a period of time as a “vision quest”.

Tribes and clans would designate animals as their group chieftain spirit animal. Some clans have a “totem” or group of animals. Groups performed  rituals such as story telling, drumming and dancing around the sacred fire. To honor the animal’s spirit and sacrifice, elders would oversee these various practices. The medicine people of the tribe would hope to gain visions from the spirit animal.

The larger animals were of the greatest significance, thus the main totem spirit of any clan. Bear, buffalo, wolf, stag and eagle being amongst the most important. To the Native Americans, Eagle is the only animal to represent great spirit, or God, itself. Therefore, only the eagle chooses you, you do not choose the Eagle!

If the raven came to you today, there is magic happening, “Pay attention!”

“Did you hear the cry of coyote?” caws the crow, “Coyote will eat your baby. Be aware!”

The lynx whispers in your ear, “Spirit is coming”, as an eagle flies above. In dream, the raven calls. “Send message to great spirit above, in the blue black smoke of the fire and on the eagle’s wings. And awaken!”